Being Your True Self Sadhana Is The Way

Morality Is The Base. Sadhana Is The Means. Oneness Is The Goal Divine. Be Great By Your Sadhana, Service And Sacrifice. 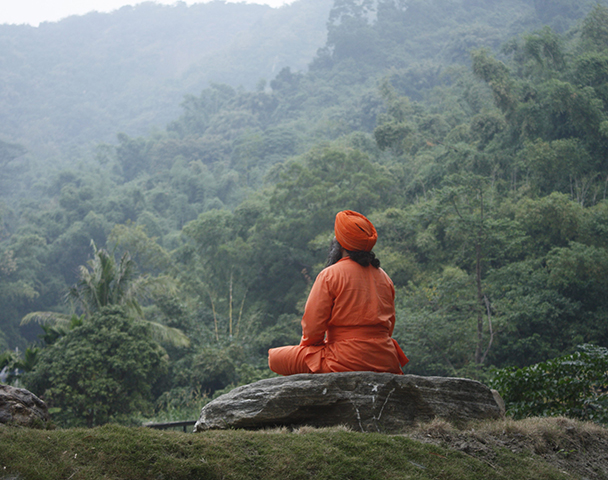 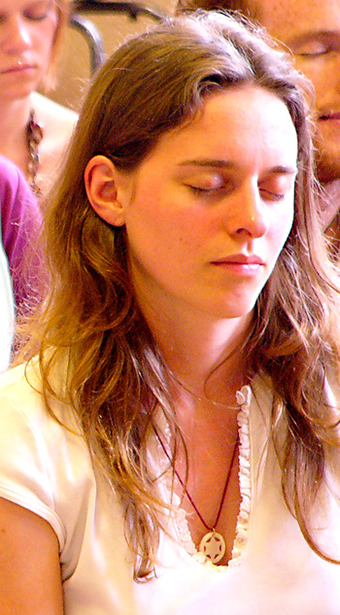 When Ananda Marga started touching every discipline of life, it was then contemplated to establish the Master Units as the miniature forms of Ananda Marga. 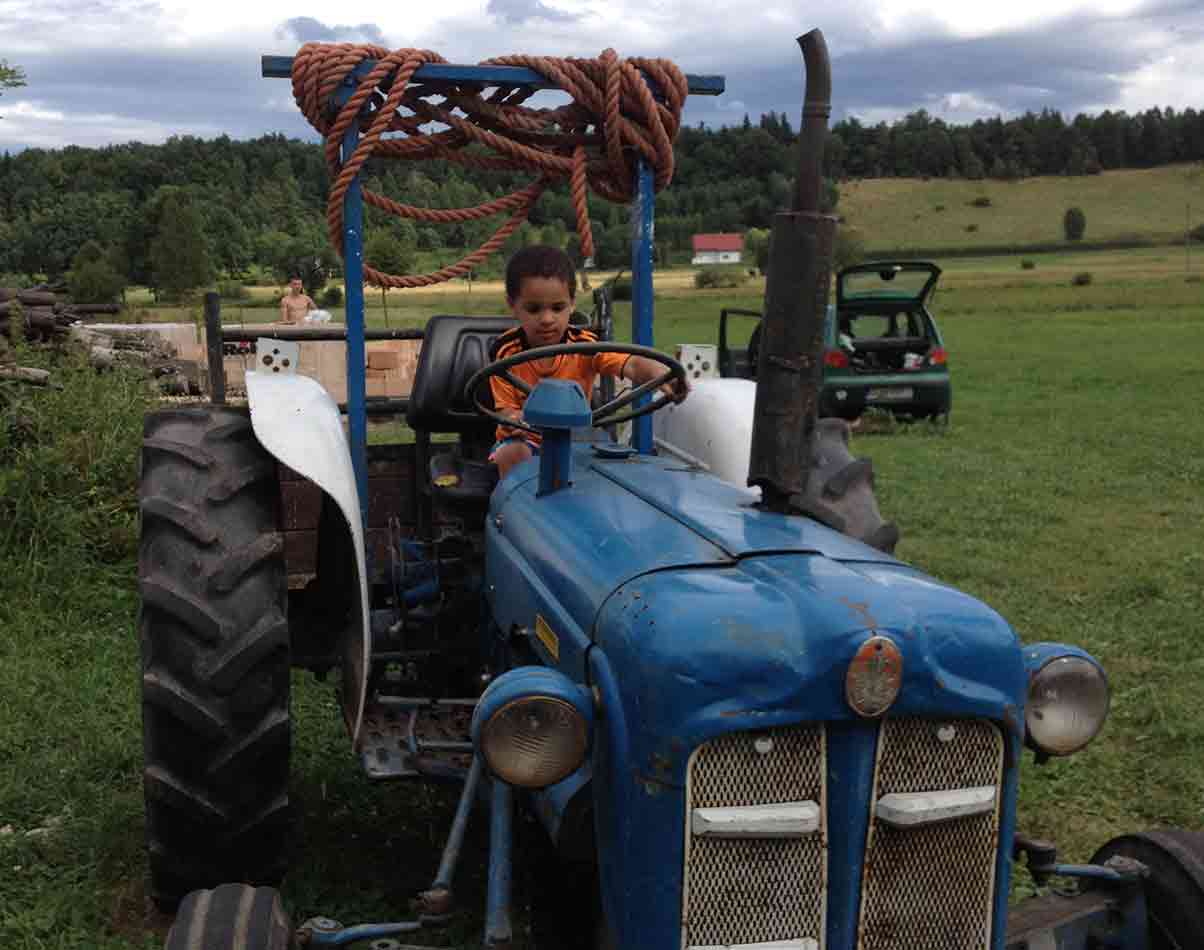 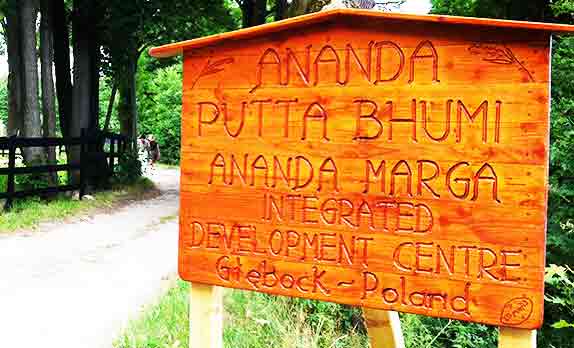 Service to Humanity Is the Supreme Ideology of Life 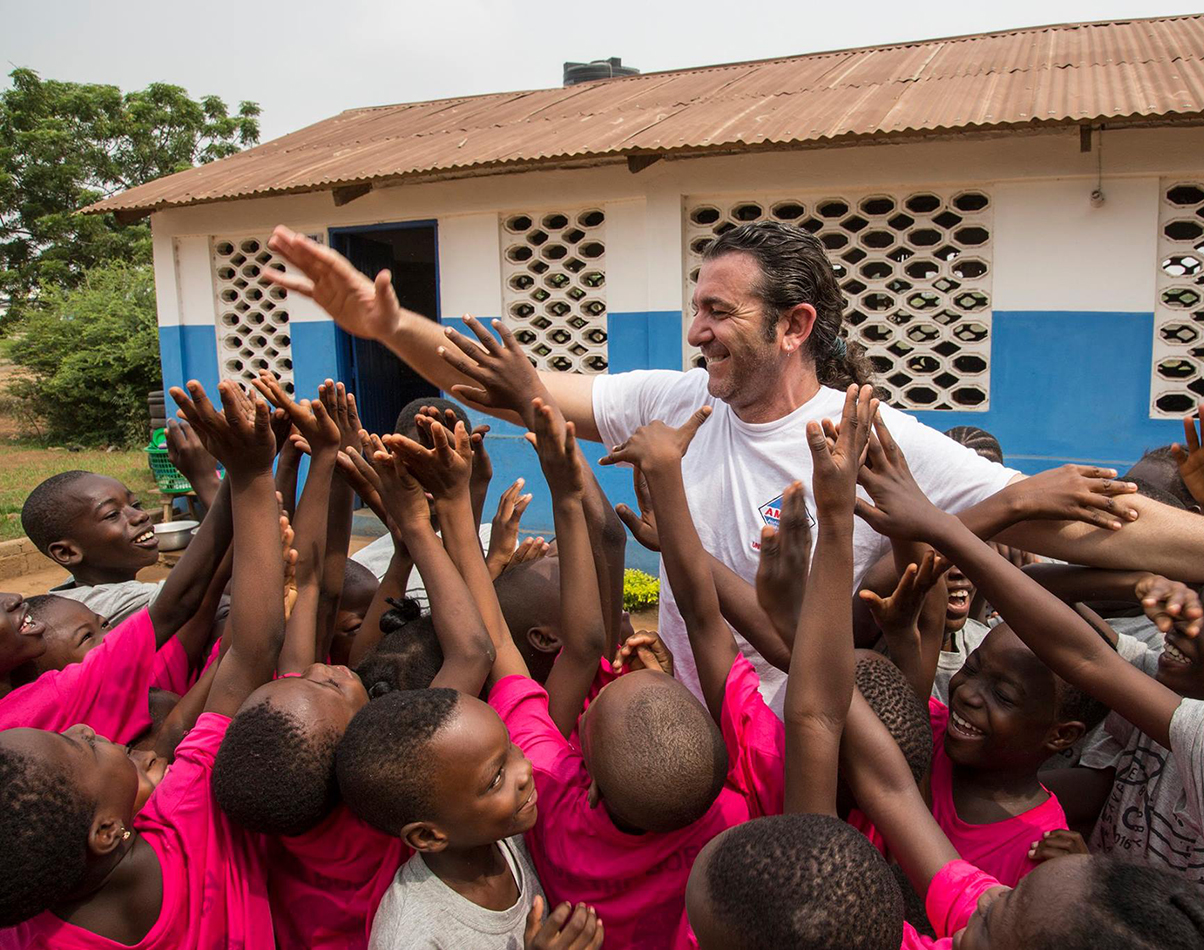 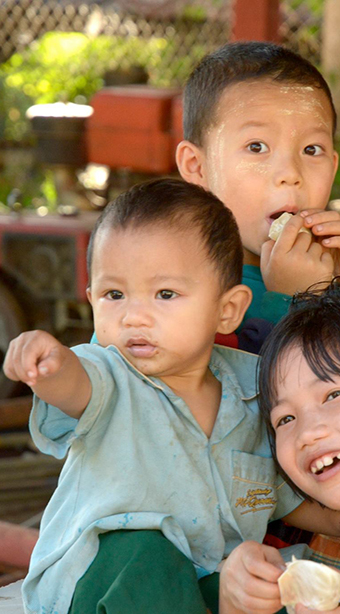 You are welcome here ! 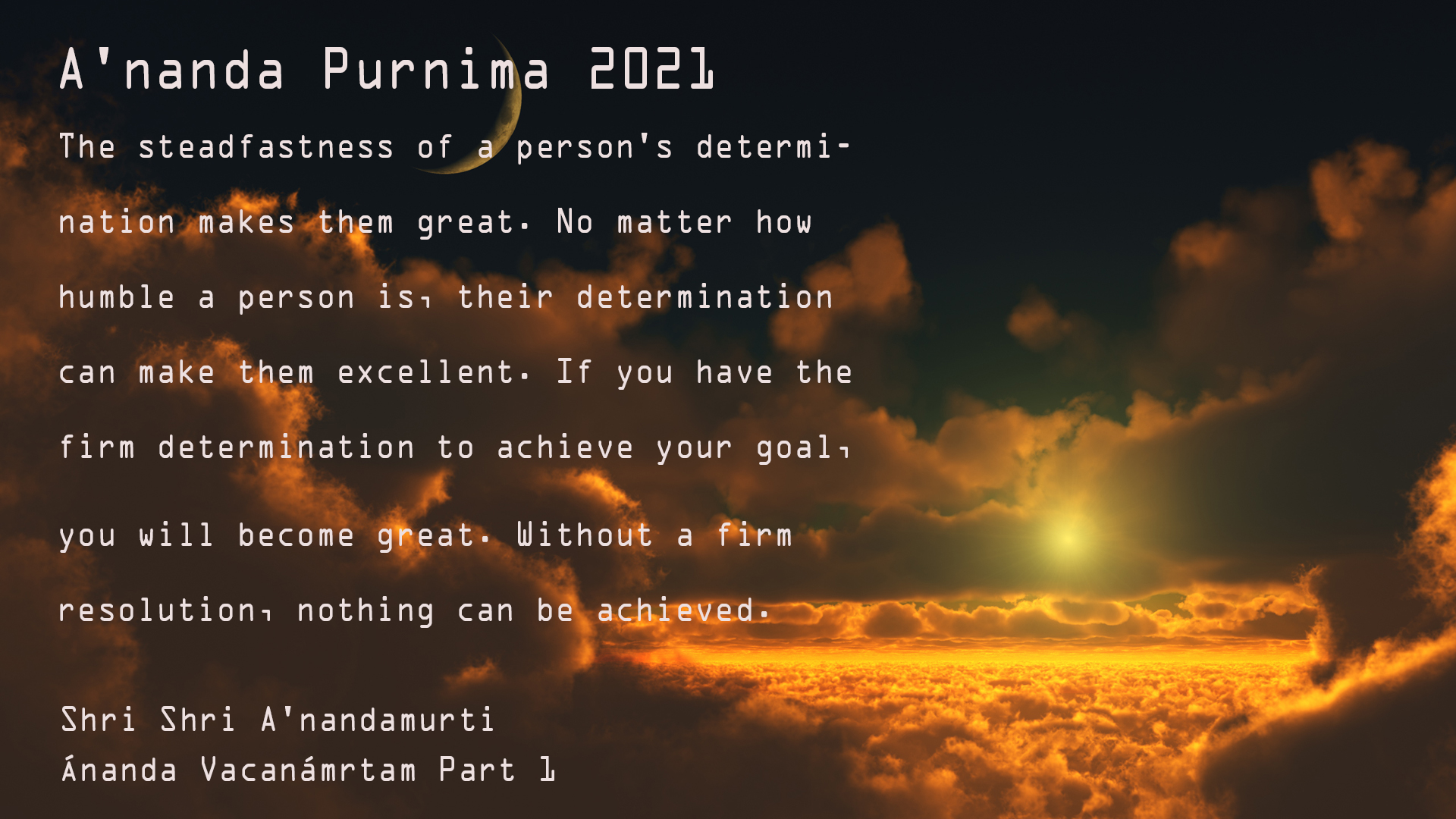 The Cult of Spirituality – the Cult of Pinnacled Order

Now, for all actions, be they intellectual, intuitional, or purely psychic, there must be a base, a standing point, a starting-point. And there must also be a goal – a Supreme Desideratum. For this cult of spirituality, the base is morality; without morality nothing can be done. And morality concerns two types of waves: one, psycho-physical emanations; and another, physico-psychic waves, physico-psychic movement. In the case of psycho-physical emanations, one should have proper control, proper regulation, over those emanative flows. And in the case of physico-psychic movement, one should maintain a proper adjustment between the external world and the internal world, between external physicality and the internal subjective world. The goal is the attainment of that supreme stance where there will be justice and fair play for all inanimate and animate beings.

Práńáhyathátmano’bhiiśt́áhbhútánámapitetathá;
Atmaopamyenabhútánámdayáḿ kurvantisádhavah.
[Just as my life is dear to me, similarly the life of another creature is dear to it. Every entity loves its own existence. In the light of this truth, evolved human beings feel mercy for each and every object of this creation.]

You should remember this. This sort of remembrance is called sádhu dharma or Bhágavata dharma, and the person who practises this cult is a true sádhu [renunciant]. So there must not be any gap between your thinking and your actions. If there is any gap, that gap should be minimized step by step, and finally thought and action should coincide. So on your plane of morality, there are two divisions: psycho-physical emanation and physico-psychic movement. In Sanskrit, this psycho-physical emanation is called Yama and physico-psychic movement is called Niyama.

The Faculty of Knowledge 1

The subject of today’s discourse is “The Faculty of Knowledge”.
In the mechanical sphere, knowing, or the functional side of knowledge, occurs with the perception of special types of reflections and refractions, but in the psychic sphere, it occurs as a result of the subjectivization of objectivity or objectivities.

For example, if a particular type of vibration hits an object or plate it meets some resistance and may get reflected or refracted, as in the case of an echo; or a certain portion of the vibration may pass through the plate. In the mechanical stratum, knowledge, or the faculty of knowledge, is thus attained. But in the psychic stratum, knowledge involves the subjectivization of any external objectivity or objectivities. We take an external object inside ourselves, be it an elephant, a horse, a vocalized word, a touch, or anything else with which we come in contact in the outer world, and assimilate it in our psychic existential “I” feeling. This is the process of knowing – it is something related to the psychic sphere. So, knowledge has two aspects – first, the aspect of reflections and refractions, and secondly, the psychic aspect; that is, the process of attaining knowledge in the psychic sphere.
CONTINUE READING...

Invocation of the Supreme

Kośa means Ádhára or base. Are the Saptaloka (seven spheres) and paiṋcakośa (five sheaths) separate from the Átman (soul)? Is the relation between them that of the container and the contained? If we say; – Eko Brahma Dvitiiyanásti. (There is only one Brahma and no other), then of Ádhára and Ádhrta, which is Brahma and which is not? If either the container or the contained is considered as Brahma does that mean that the other is not Brahma? If it is argued that Saptaloka and Paiṋcakośa are the base of Brahma, then the existence of some other entity outside of Brahma has to be acknowledged. For instance, suppose there is a person in a house. The house and the person exist separately. The house is the container and the person is the contained. Hence, the house is separate from the person. In the Paiṋcakosá, Átman is the contained and the Kośa is the container. Clearly the container must be bigger than that which it contains. There is nothing bigger than Paramátman; hence it cannot have a container. Should we then consider that the Saptaloka and the Paiṋcakośa do not exist? Yes, for the Saptaloka is included in Brahma. Their aggregate is Brahma. The Jiiva is included in the Paiṋcakośa. There is a subtle difference between the Jiiva and Brahma. In the Jiiva there are two types of “I” feeling – one is its mind created by Máyá, and the other is [[its knowledge-filled state – the reflected expression of Paramátmá Himself – that is, its (the jiiva’s) jiivátmá.]] Jiivátman is the real “I” feeling of Jiiva or unit soul. Of the seven spheres, Brahma is unaffected only in the Satyaloka and in the remaining six Lokas, Brahma is affected by Máya. It can also be explained in this way, that the six Lokas are created within Brahma which itself pervades the expressed universe as imperishable Brahma. Brahma has no base. Excepting Satyaloka, the remaining six Lokas are created within Brahma, in the very midst of Brahma. Is it the case then that the light is different from its original source? The Saptalokas are its evolution – these are the manifestation of Brahma – the relationship is not that of the container and the contained. The difference between the Jiivátman and Paramátman exists only so long as there is the “I” feeling of the unit soul. (Jiivabháva).
CONTINUE READING...

Sádhana - The goal of sádhaná [spiritual practice] is the all-round elevation of human beings.

Spiritual practices do not teach renunciation of the world, they teach only the proper utilization of the subtle and crude potentialities. Just as it is necessary to follow a suitable system in the social and economic spheres, in exactly the same manner it is necessary to advance scientifically with proper discipline in the physical and mental spheres.

To develop a healthy body and mind, the following items must be strictly followed:

If human beings will follow three factors, Pranipata, Pariprashna and Seva then progress is must. Except for these, nothing else will benefit you in any way. You have come for a very short span of time. Therefore utilize the time to the maximum. Serve the world with the feeling of service. Render service in all spheres of life – physical, psychic and spiritual Shrii Shrii Anandamurti A .V. Part-1 Physical, Psychic and Spiritual

A person boasts of learning, intellect and fortune. But nothing is eternal. Therefore one who boasts of anything of this world is a fool. The worst psychic knot is the false vanity of intellect. Whatever is, is of Parama Purusa; nothing is yours. Hence, there should be complete surrender to Parama Purusa. This is the first indispensable fact for mental development. If you really want to serve the world, complete surrender at the feet of Parama Purusa is a must.
That is, submission to the Eternal Entity, to Parama Purusa, is pranipata. Shrii Shrii Anandamurti A .V. Part-1 Chapter-Guru krpa hi kevalam

There is a shower, a heavy shower of compassion on each and everybody, but if during that shower you hold an umbrella over your head, you won’t be drenched. So is the fault that of the shower? Certainly not. The fault is with your hand and with your umbrella of vanity; and that is why you are not drenched by that compassion, by that krpaì. He is not at fault. Then what are you to do? You are to remove that umbrella of vanity from your head, and then and there you will be drenched, fully drenched, by His universal compassion. Shrii Shrii Anandamurti A .V. Part-2 Chapter-Guru krpa hi kevalam

A person must stick to his ideals irrespective of whether he receives praise or abuse, whether wealth comes or wealth goes, whether he lives a thousand years or suffers death the next moment. Such a person is called “dhiira”. My direction to you is to be Dhiira. You must stick to your ideals in spite to everything. In this lies your spiritual growth. Shrii Shrii Anandamurti Ananda Vanii January 2019

The Lily and the Moon

Train yourself in the ideal of the lily, which blossoms in the mud and has to keep itself engaged in struggle for existence day in and day out, parrying, bracing, and fighting the shocks of muddy water and storms and squalls and sundry other vicissitudes of fortune, and yet it does not forget the moon above. It keeps its love for the moon constantly alive. It seems, however, but a most ordinary flower. There is nothing extraordinary about it. Still this most ordinary little flower has a romantic tie with the great moon. Similarly, you may be an ordinary creature – you may have to pass your days in the ups and downs of your worldly existence – still do not forget that Supreme One. Keep all your desires inclined towards Him. Always keep yourselves merged in His thought. Go deep into the mood of that Infinite Love. Shrii Shrii Anandamurti Baba's Grace

You are never alone or helpless. The force that guides the stars, guides you too. Shrii Shrii Anandamurti Baba's Grace