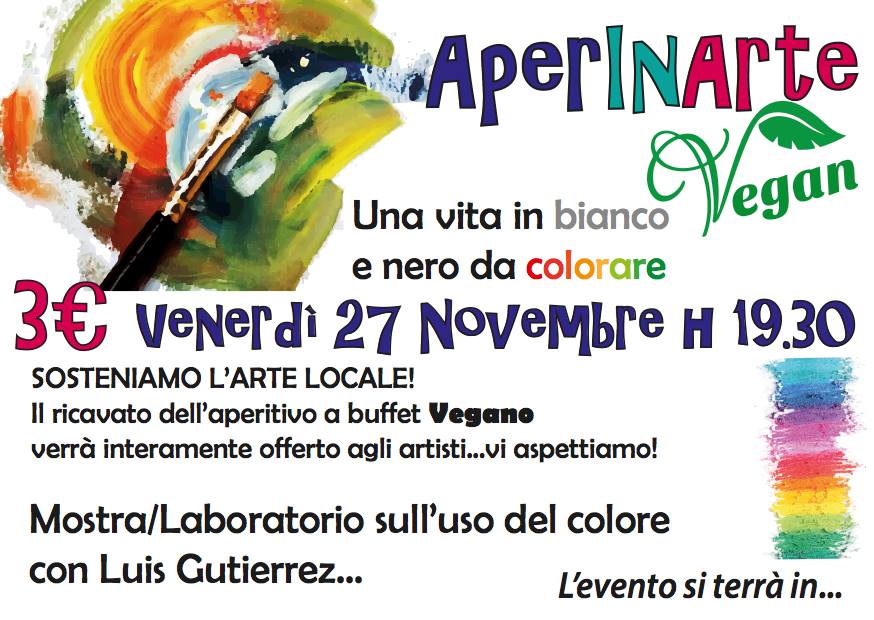 Initiated with the group of margiis and sympathizers at Bologna unit, which the ideas were to promote the idea of RAWA and supporting the artists and writers, APERINIARTE has been organized the first event on 16th October 2015 ""L'arte e la letteratura sono delle fonti attraverso cui la gente comune viene ispirata a stabilirsi nella sfera mentale cosmica." ("Art and literature are the sources through which the common people are inspired to settle in the cosmic mental sphere.") Until now, there were 3 more have been organized, "Una Vita In Bianco E Nero Da Colorare" ("Una vita in bianco e nero da colorare" "a life in black And white To be colored"); "Show in 3D" (Performance And workshop on how Hunan emotions and will capacity Are surrendered To the capitalism And thecnology); "Conoscersi A Fumetti" ("know each other creating comics"). In each event, the organizer has combined the exhibition of the writer and artist, workshop and vegetarian buffet. A part of the income has been given to the Artists and writers for supporting.

From this activity of Bologna unit on the aspect of Rawa, we could see there is a good change or potential to duplicate or spread it to the other units.

The first point: We let the artist know Baba idea of Rawa. The aim of Rawa is:
a) to develop the finer faculties of the human mind through music, drama, song, dance, poetry, etc.;
b) to encourage the subtler branches of art
c) to bring change in social values through art;
d) to establish RAWA clubs enabling artists of all types to
socialize, communicate, organize concerts, art exhibitions, research new art forms, etc.;
e) to help purchase equipment to be used by the members of RAWA
f) to organize fund-raising programs;
g) to protect the artists from commercial exploitation;
h) to propagate Prabhat Samgiita. BA'BA' assigned the copyright of Prabhat Samgiita to RAWA department.

With this activity, the unit is starting to spread these idea to the artists, writers and the participants; they also got supported with money. Further than that, Rawa club could be established to build strong connection or engaging those artists and writers.

The Newsletter Publication needs your support. Please contact the Regional Secretary for your yearly subscription.